One of the most critical factors facing anyone in a traditional land speeder is the fact you have to make certain driveline parts spin at speeds they were never designed nor intended to achieve. We knew we had to have rotating components that could hold up to incredible stress, heat and distortion. In the 2005 world speed record attempt with Rocket Raptor (RR) 3.0, we utilized a Durablue axle and successfully took RR 3.0 to 138 m.p.h. for a new Guinness and NWOTA world speed record. Well, we weren’t about to mess with success for 2007. To that end, we relied again on the good people at Durablue. They went way out of their way to provide an axle assembly, hubs, carrier and hardware that had been carefully tested, balanced, trued and retested to make sure they would stand the test of speed. Their expertise and technical support was invaluable. On the day of the world record attempt, we put the coals to RR 5.0 and I pushed the ATV to an awesome 164 m.p.h and then held it for the entire ¼ mile time trap measurement for a new ATV ultimate land speed record!! My daughter Natalie “Rocket Girl” Wilmeth then achieved a new women’s ultimate ATV land speed record of 135 mph. Considering the challenges we experienced in our various runs, it was very gratifying to see that the Durablue components were literally bullet-proof. We would never consider using any other rolling components in future efforts.

Durablue, you guys rock! We are forever grateful for helping us be the fastest ATV on the entire planet again!!! 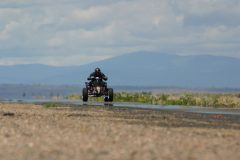 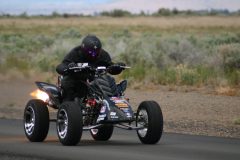 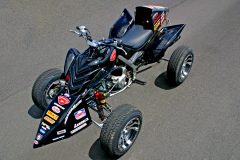 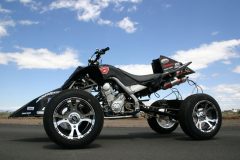 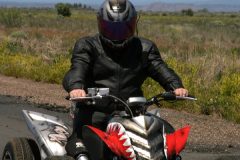 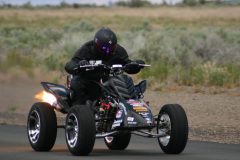 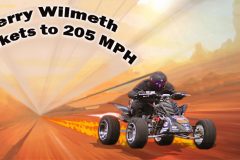 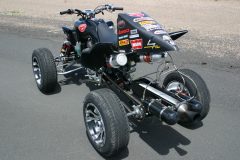 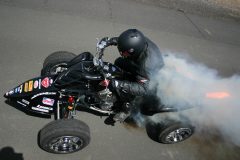 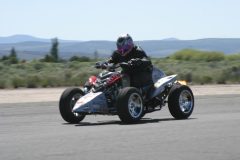